La cena di Natale (Christmas Dinner), the last film directed by Marco Ponti and taken from last Luca Bianchini‘s novel, was screened on Sunday by CinemaItaliaUK at Genesis Cinema. The cast includes Riccardo Scamarcio, Laura Chiatti, Michele Placido and Eva Riccobono. Luca Bianchini was in London, a city that he loves and where he spent a few months in his youth, to meet the audience and talk about the film, eleased in Italy on 24 November. 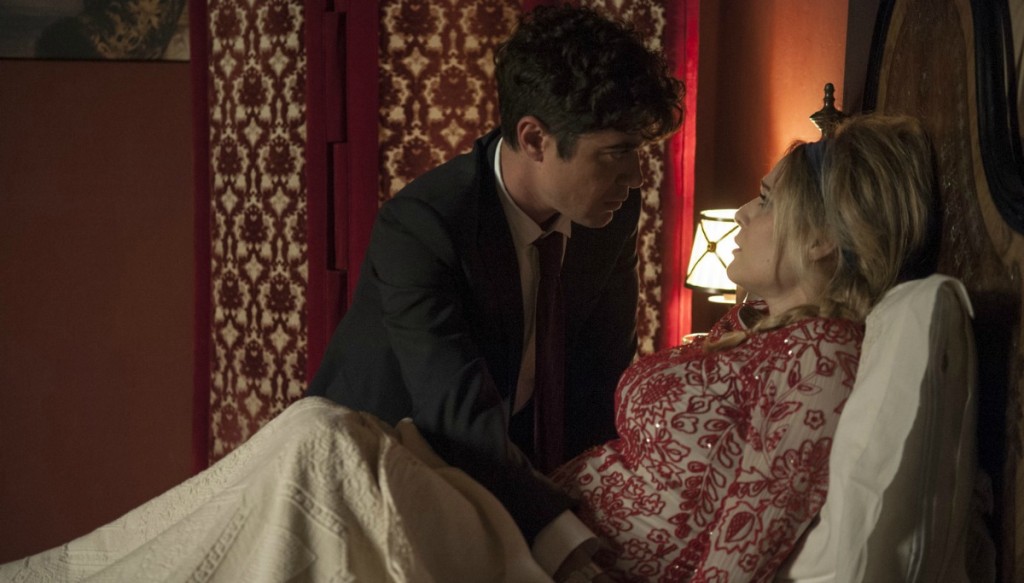 Where does the idea of La cena di Natale come from?
Marco Ponti, the director, suggested me to use the same characters from Io che amo solo te and bring them to the same dinner table. I lied to my publishing house, Mondadori, and told them the book I was writing was well ahead. It was not true and I wrote it quickly. Actually, ifI had to follow the book the film would last just 40 minutes. But we could play with the film’s experience and the richness of the characters. I wrote some scenes tailored to the actors.

How did you adapt the novel to the film?
It all starts the day before Christmas Eve and it lasts till Christmas morning. I addes some days.

How did you get involved in the film?
I gave them a hard time. I wanted to invent new situations without loosing the direction of the book. In a book you can add anything you want but this is not the same when you are working on a movie. In a book you can be poetic even describing small things, but in a movie it’s difficult to give the same beauty to a scene where a couple is having a coffee or is kissing.

The singer Emma Marrone is from Apulia. Is that the reason why you chose one of her songs, Quando le canzoni finiranno?
First of all, I liked the idea of a link between the film and the singer. Second, she is a reader of my books. And third, I really liked the song. Everything happend by chance and I am really happy about that.

The family gathering at Christmas Eve is very Italian. Especially at Christmas, people gather bringing at the same time joy  and frustration. Have you ever a Christmas supper like that? Do you have any anecdotes?
The strange thing about our Christmas lunches is that you cannot say you survived till you leave. My mum is Sicilian, she has two sisters and we experience discussions and quarrels. And they frequently come from nowhere, for example when somebody looses playing tombola. Hidden tensions explode.

We see many betrayals in this story. In your opinion what can you forgive for love?
I think it’s really personal. It depends on how strong you are, how much you care about it, how much you have been humiliated. It’s not just about the betrayal, it is about public opinion For example, many claim Hilary Clinton lost the elections because she forgave her husband’s cheating. But, yes, you can forgive. It happened to me. It is not easy though. Also, it is something you cannot predict. I suggest not to investigate too much.

Have you ever thought about a third chapter? Maybe an Easter lunch?
I always say don’t do what people expect from you. I would like to think about Orlando’s gay marriage (Orlando is one of the characters, ndr). It could be fun to follow the cliché adding a few things.

You have recently taken part to a TV programme on TV8. How was that experience?
Very fun! For me TV is a kind of gym and so I go every time they invite me. TV helps you a lot. If my neighbours see me on TV they say:’I saw you on TV’. This doesn’t mean you are a better person, but you made it, for them.

Esse, baicoli, zaeti, croccante and caramei.  Do those words make any sense to you? If not, it’s time to refresh your Venetian dialect. They…