Cinema Made in Italy, the annual festival of Italian contemporary cinema, returns to London celebrating its 6th anniversary. Organised by Istituto Luce Cinecittà, in collaboration with Ciné Lumière and with the support of the Italian Cultural Institute in London, the festival will run from 10 to 14 March 2016. 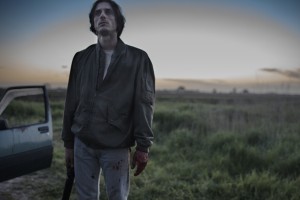 Experts Giorgio Gosetti and Adrian Wootton selected nine titles for this year’s edition, from The Beginners by Claudio Cuppellini with 2010 Cannes Best Actor Elio Germano to this year’s Italian entry for Oscar which unfortunately has not been selected, Don’t be bad. Its director Claudio Caligari recently passed away, just after editing it. His friend, actor Valerio Mastrandrea, worked at the movie after his death and made it possible.

Other highlights will include The First Light by Vincenzo Marra starring Riccardo Scamarcio, Anna by Giuseppe Gaudino, which won Valeria Golino a Coppa Volpi for Best Actress at the Venice Film Festival, and Wondrous Boccaccio, freely inspired by Boccaccio’s The Decameron.

They call me Jeeg Robot, a film by Gabriele Mainetti, tells the story of a man who discovers he has superpowers after he comes in contact with a radioactive substance. The protagonist operates in modern Rome during an age where there are no more heroes and manages to save the city from a catastrophe. 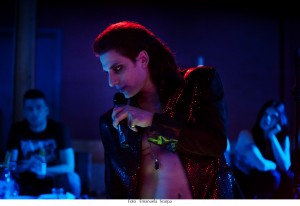 Chlorine by Lamberto Sanfelice and Long live the bride by Ascanio Celestini, starring Alba Rohrwacher, will close the festival on Monday 14th.

The films will be screened in Italian with English subtitles. Directors and actors will attend on stage Q&As after the screenings.

Cinema Made in Italy is at  the Institut Français du Royaume-Uni, 17 Queensberry Place, London SW7 2DT