In the last years Italy’s festivals scene has grown considerably and now it can compete with the British scene, always very vibrant. In fact, it offers a huge variety of music festivals, some of them really unmissable.

One the most hipster festivals in Italy celebrates its 20th anniversary this year from 4 to 7 August 2016. If you are thinking ‘who the hell travels to a small Sicilian village for a music festival?’ you might be surprised to know that this festival is quite popular, since the lineup includes big names such as The Vaccines, Daughter, Savages and many more. This year’s edition motto is ‘Ypsi turn twenty and you get plenty!’. Also, this is the occasion to visit Castelbuono and its surroundings in the area of Palermo. Day ticket €38.

Vasto, an ancient town on the seaside in Abruzzo, will be the heart of the live music scene from 21 to 24 July 2016. The third edition of the festival will host not only Italian singers such as Calcutta, and bands such as I cani, but also international artists such as Editors, The Notwist and Gold Panda. For a four days of fun and chilling, DJ sets, movie screenings and food feasts pack your bag with a swimsuit and head to Siren Festival-Vasto. Day ticket €40.

Asolo is a small quiet village in the province of Treviso, but from 23 to 28 August there will be quite a buzz there. The line-up of this first edition of Ama Festival includes names such as Foals, Steve Aoki, The Neighbourhood, Calcutta and Tre Allegri Ragazzi Morti, among many others. Tickets incredibly cheap, from €2 to €15, with the opportunity to visit the prosecco hills that surround the village and have a glass or more. 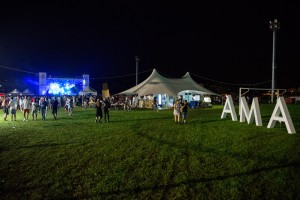 Lucca Summer Festival began in 1998 and since than its name has grown and grown. It has already started on 9 July but it will run until 27 July 2016. Artists such as Vinicio Capossela, Neil Young + Promise of the Real, Simply Red and Edoardo Bennato will hit the stage in Lucca. Tickets from different prices.

Its first edition in 2015 was sold out. When you see the line-up of this festival you will not be able to resist to TOdays Festival. M83, John Carpenter, The Jesus and Mary Chain, Soulwax, Goat will play from 26 to 28 August 2016. Day ticket €20. 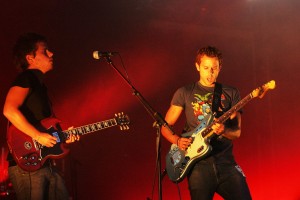 For years Britons have drank litres and litres of Chianti. Every Italian trattoria in London used to have the typical wicker wine bottle,…