Alessandra, now called Amina, is one of the protagonists of NapolIslam, Ernesto Pagano’s latest documentary, which takes a look at the increasing conversions to Islam in the very Christian city of Naples, and addresses more generally the European attitude towards Islam. “So you converted to Islam and changed your food habits”, Alessandra’s mother asks her in the film. “But you still eat Nutella right?”

The inspiration for NapolIslam came a few years ago with the story of Ciro Capone Muhammad, who notably was looking for a book about Maradona and ended up buying a Koran instead and converting to Islam having previously known nothing about it. Following on from this, the documentary tells ten stories about Neapolitans like Ciro who welcomed Allah in their hearts. They include a Neapolitan rapper who converted to Islam, Francesco who studied Arabic and now is ready to move to England to get a job because ‘there is no hope in Italy’, and Claudia, who converted when she married her husband.

Claudia, now Zeynab, has since broken up with her husband, but she didn’t come back to Christianity and now she has to face the problems of being Muslim. For her, the appeal of Islam has a great deal to do with the way of life, but that hasn’t stopped the veil not being welcome when you are applying for a job as shop assistant.

The data is not that accurate, but it seems like the number of people converting to Islam in both Naples and Italy as a whole is increasing. As Pagano explains, these religious conversions have come from the lack of faith in the existing Christian ideologies, especially when they offer little hope for huge unemployment and the threat of the Mafia. As a result, conversions have spread especially within Naples’ poorest areas. That’s the strength of Islam: not terrorism but its proselytising.

The film was recently screened at the Genesis Cinema in Stepney Green by CinemaItaliaUK, but was meant to have been screened in Italy at the end of November but its release was delayed a bit, due to the recent last Paris attacks. Nevertheless, according to Ernesto Pagano, this is exactly the right time to show a documentary like this one; the perception of Islam in Italy is negatively affected by media. The documentary has been defined as “controversial” by many but has strength in showing optimistic stories without resorting to mentioning ISIS which, rightly so, is not a synonym of Islam.

Naples, a city that has always been a sea harbour, is a perfect example of integration. San Gennaro lives side by side with Allah, the mosque is just a few meters away from Madonna del Carmine’s sanctuary. ‘Napule è mille culure’ means that Naples is thousands of colours, as the Neapolitan singer Pino Daniele used to sing, but it is also ‘mille paure’, a thousand fears. We shall see if Naples be able to be an example, a shining beacon, of integration for Europe during this period of terror. 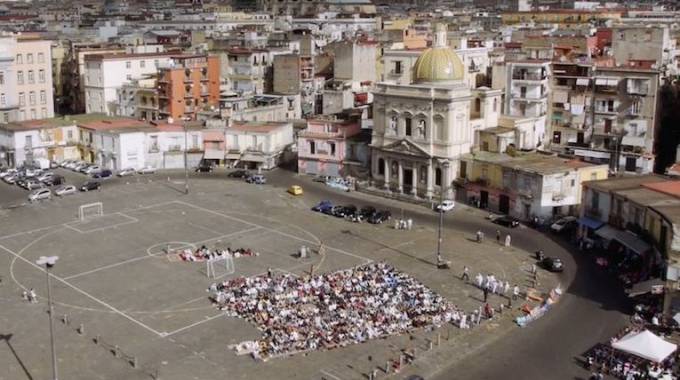 Small rounded glasses, a scar on the forehead, and an arch-rival who can’t be named; unless you’ve lived under a rock, you have already…