A violin made of silk. That’s what an Italian postgraduate, Luca Alessandrini, 30-year-old, from Imperial College Dyson School of Design Engineering, has designed using a mixture of silk from Como, spider silk and resin. His project has been awarded for the £10,000 end of year prize winning a competition among 38 people from 14 different countries.

‘Silk is a sustainable material, biodegradable, hardly ever used in design despite its versatility. I thought it could be easily applied in acoustic, where the last material invented was carbon fiber in the ’70. I decided to recreate a violin because it’s an iconic instrument, which has remained the same for the last 400 years’.

Alessandrini has worked with the help of 20 lute makers from Cremona, led by Gualtiero Nicolini, teacher of luthery at Scuola Internazionale di Liuteria and the silk used for his two prototypes comes from Como, in the north of Italy, the birthplace of the best silk in the world. With only 300 grams Alessandrini made two violins, whose sound is as beautiful as a Stradivari and which have been played at the Imperial College and at University of Oxford. 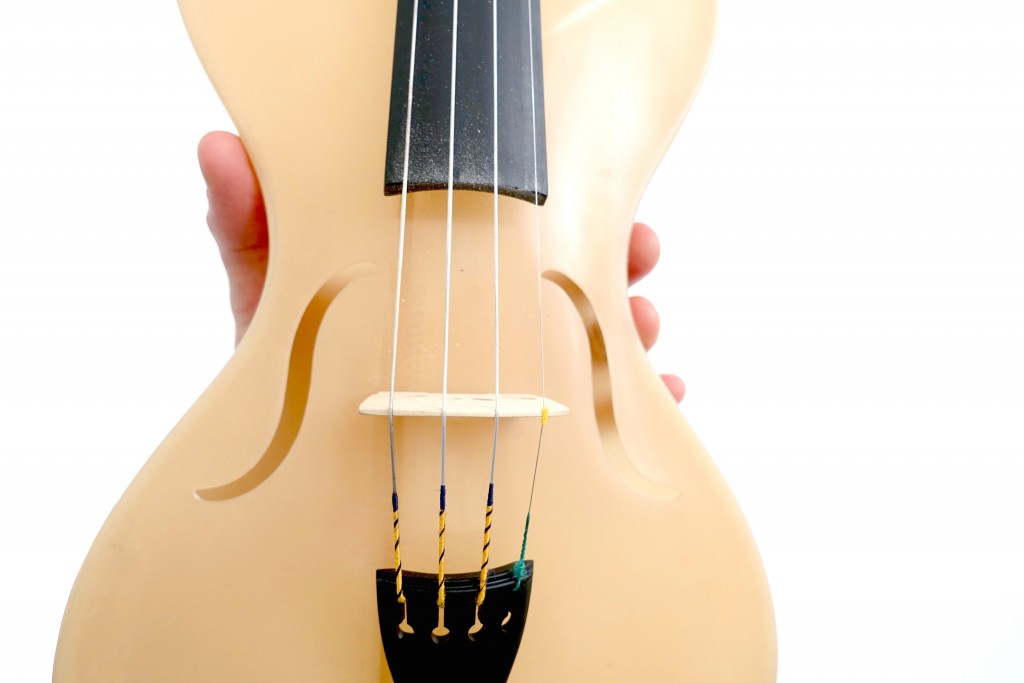 The experiment opens vast possibilities in the use of sustainable materials in music. ‘Jute and lines could be used for soundproof panels’, Alessandrini says. ‘They would be much cheaper of the conventional ones and much more effective’.

He’s now working on a guitar prototype and on table speakers with the same characteristics. ‘That’s only the beginning. With my work group we have developed an audible lollipop that has been presented at the new Science Gallery of the King’s College. The possibility are endless’.

THE BIGGEST ACCOMPLISHMENT OF MOTHERHOOD IS… BLOGGING   Mothers are not what they used to be. Today, instead of spending their mornings preparing tomato…