The full programme of films for the 60th BFI London Film Festival has been recently announced and among the others there are many Italian films. Britain’s leading film event and one of the world’s best and most established film festivals will take place this year from 5 to 16 October.

Here are the titles of the Italian films that will be screened at 2016 London Film Festival:

Defined as a sort of Romeo and Juliet behind the bars, Claudio Giovannesi‘s last film is a love story set in modern day Rome. Daphne, a teenage petty criminal, imprisoned in a youth detention centre for robbery, falls in love with inmate Josh. The cast, which includes Valerio Mastrandrea, stands out for its young and unknown protagonists. In fact, the female role was casted while she was working as waitress in a restaurant. 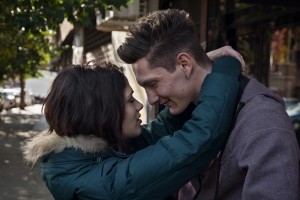 A scene from ‘Fiore’ by Claudio Giovannesi

Recently acclaimed during the 73rd Venice International Film Festival, this is a story about two young twin sisters, Viola and Daisy, living in Castel Volturno (Campania). This is the third film of the young director Edoardo de Angelis, originally from a suburb of Caserta, who will introduce Indivisibili at Toronto Film Festival too.

Set in Egypt, Greece and Italy, this film revolves around a female horror director (Maya Lubinsky) and a screenwriter (Anna De Filippi), whose latest collaboration is haunted by encounters with its ‘raw material’ and the escalation of conflicting desires. Moderation charts the pre-production process of a horror film that is to be set in these three countries.

Directed by Ali Asgari and Farnoosh Samadi, this short film is part of To My Mother and My Father, a selection of riveting shorts that explore the relationship between parents and their children. The film features Fatma and her mother who are Kurdish refugees in Italy. On a visit to the doctor, Fatma has to translate for her mother what the doctor tells her.

Based on the autobiographical Italian book by Massimo Gramellini, journalist and novelist, Fai bei sogni is the last film by Marco Bellocchio (I pugni in tasca, La Cina è vicina). The film tells the story of Massimo, played by Valerio Mastrandrea, and his emotional fragility following he tragic loss of his mother, in mysterious circumstances, when he was a child. 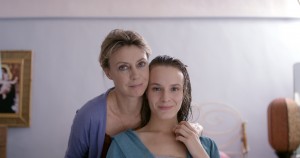 A scene from ‘Questi giorni’ by Giuseppe Piccioni

It is one of the three Italian films in competition at 73rd Venice International Film Festival and it will be screened in Italy’s cinemas from 15 September. The director Giuseppe Piccioni created a road movie in which Caterina, a spiky, independent college student, takes a road trip with her three friends from Italy to Belgrade to find work. The cast also includes Margherita Buy and Filippo Timi.

Giulia, an academically gifted young woman, has grown in a Jehovah’s Witness community in Italy. The strict religious beliefs imposed by her family will fall apart when she falls in love with a man (Michele Riondino, Young Montalbano) who starts working in her father’s factory. Wordly girl is Marco Danieli‘s first fiction feature film.

To find more about all the films and to book your tickets please visit BFI London Film Festival’s page.