Do the Bronzi di Riace remind you of  anything? Those two handsome bronze guys, the full-size Greek bronzes of naked warriors, cast about 460-450 BC, and found in the sea near Riace (Calabria, South of Italy) in 1972, are without any doubt the protagonists of the archeological museum of Reggio Calabria,  newly reopened after an adventure that lasted ten years. .

It’s a good time for sunken beauties. On 19 May the British Museum will open ‘Sunken Cities: Egypt’s Lost Worlds‘, an exhibition about two lost cities of ancient Egypt submerged under the sea. At the same time the Riace bronzes resurge to new life.

In 2009 the Riace bronzes left their home, the archeological museum of Reggio Calabria, which was replaced by a public office. There, the statues were laid horizontally to undergo a process of restoration. At the same time men were at work in the museum as well. The refurbishment of the building lasted so long that in 2013 the president of Italian Commission of UNESCO, Giovanni Puglisi, drove the attention to the issue, claiming that it was a shame that the two statues had been abandoned.

Many scandals followed the refurbishment, when it was rumoured that the works were under illegal control. But now the museum, with a new entrance called Piazza (square), designed by artist Alfredo Pirri, and a new glass roof that allows the shining sun to enlight the rooms, is ready to welcome visitors. 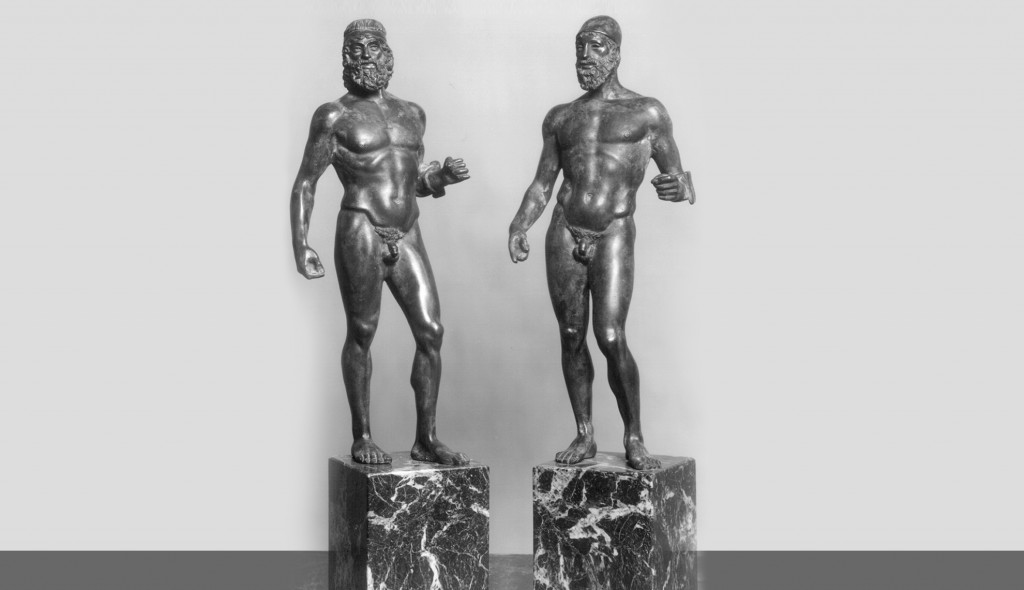 Apart from Riace bronzes, the archeological museum of Reggio Calabria is considered one of the most important museums showcasing Magna Grecia artifacts.

Marcello Piacentini, one of the most famous architects of the Fascist era, worked on the original project of the building that dates back to ’30s, but the museum needed a major restyling. Now it is an earthquake-proof structure with proper air-conditioning. In the past, the lack of air-conditioning mixed with high temperatures resulted in a lot of distress, not only for the museum staff, but also for the archeological artifacts.

The additional touch is the roof bar. Once just a simple roof to store equipments, today it’s an area for everybody to enjoy, with a stunning view of the sea and the Etna volcano, in particularly clear days.

Despite the entrance costs only 5 euro (yes!), the museum has welcomed an average of just 200,000 visitors every year so far. But the view of the Riace bronzes will attract many more visitors now.